A car had been reported being struck by a train at Adhwyrda level crossing earlier on the evening. It has been confirmed that the train involved is I2V service 4217 from Floeta to Sadykarek. The incident happened around 7:08 PM. For the moment, we know that, according to the driver's testimony, the car has slalomed to try to run through the level crossing as the barriers were already closed, then stop in the middle of the tracks and started to try to reverse. The I2V was running at 150 kmh (90 mph) but thanks to the quick driver's action, the train then struck the car at a speed of approximately 120 kmh (75 mph). It caused the locomotive to derail but it stays upright. The other coaches have not left the rails.

For the moment, there is a confirmation for 1 pesron severely injured (the driver of the car) and 7 minor injuries, 6 amongst the passengers of the first coach plus the driver of the train. Passengers of the first coach have been evacuated because it has been strongly damaged, but the other passengers will stay in the train and a thunderbird locomotive is being sent to haul back the rest of the train to Radborg. The locomotive suffers from minor damage but a crane will be needed to put it back on the rails. The set involved is D251134,

This event is causing major disruptions on the network between Kaczajkewathea and Radborg. Here are your traffic informations :

- IP and I2V services won't be cancelled but expect major delays of up to 3h30. It is expected that a single line traffic will slowly begin from 10PM, with traffic resuming to normal for tomorrow at 5AM.

- Rail replacement bus services will be put in place between Kaczajkewathea and Radborg, with 2 buses every 30 minutes from 9:00PM to 11:30 PM. They will call at Hylgwhyd-Kurnadewa, Adhwyrda, Rhyl-an-Kaczajkewa, Nevernah, Rosnah and Radborg. They WON'T call at stations prior to Hylgwhyd-Kurnadewa, which can be reached via RP services to Llwkurnid / Balkansevy.

From Sunday 17 May 2020, RKP Androka will be disolved due to an extremely low profitability as well as bad performance rates (with only 78,6 % of trains being on time for 2019) and low passengers satisfaction (latest surveys were pointing out severe overcrowding, low punctuality, low reliability and ramshackle pieces of rolling stock). Most of RKP Androka's services will be cascaded to RKP East-Sansek, which aims to considerably enhance the existing network and services, in order to improve passengers' experience. RKP East-Sansek has already proved to be one of the most efficient train operating company in the country, perhaps in Europe, by being in the top three of the country's TOCs for fifteen years, in terms of punctuality, passengers satisfaction, value for money and service supply).

A lot of changes will apply to the existing networks. At the beginning, the following RKP Androka services will be cascaded to RKP East-Sansek :

All the rolling stock operating these existing services will be cascaded to RKP East-Sansek. Some of them are already being repainted.

From the Sunday 19 July 2020, RKP East-Sansek will also modify some of these services in order to start improving railway experience for passengers. Several changes will already apply at this date :

- Some VRP services between Floeta and Tarna will be extended to Sahn-Roch via Liend during peak times. This will affect some relief VRPs between the two cities (no services to Stelbrak will be cancelled).

- VHP A will run twice hourly from Kolpenbjel to Sahn-Roch via Tarna-Sahn-Veronika. As the line is not currently totally electrified, DMUs will be used in a first time.

The RP Stelbrak – Sahn-Katja (operated by RKP Sland) will also been transfered to RKP East-Sansek on 17 May. This will contribute to a better management of RKP East-Sansek five major hubs (Tarna, Floeta, Stelbrak, Xeristoh and Sahn-Roch/Liend) as the company will operate all regional services using these stations (except VRP services from Stelbrak to Bavarieks).

RKP East-Sansek has announced an important number of measures to enhance its services in the future :

- The line from Tarna-Kapara to Sahn-Roch will be reelectrified to allow EMUs to operate all Tarna's VHP lines. It was first intended to be made thanks to overhead live wires, but it won't be possible as the overhauling of Malak tunnel has shrunk it. Therefore, electrification will be made thanks to third rail from Tarna-Kapara. RKP East-Sansek is due to obtain 5 C161/1 from RKP Sland (four class EMUs similar to British Class 319) and will modify them to allow dual-voltage operations. As the electrification has already begun, it is expected to be complete by next November.

- A new station will be constructed between Tarna Sahn-Veronika and Tarna-Kapara, due to be named Tarna MacArthur-Perk. It will be served by the A line of Tarna's VHP. It is due to open next November.

- RKP East-Sansek has also announced that it will operate a new type of services by late 2021 to be named "OS Xpress" that will be halfway between VRP and IP services to connect distant destinations of its network (like Acmarad-ek-Sland to Sahn-Aldreja or Kaczajkewathea to Sahn-Aldreja). The exact service pattern of these new transportation offers is still to defined as they have not to compete with existing IP services (as part of the National Agreement about Railways Operations).

As well as these changes, new rolling stock has been ordered and will enter service gradually in the next months :

- 44 new B162 diesel multiple units that will also begin operations by mid-October. This fleet will be divided into 29 B162/2 DMUs formed of 3 coaches and 15 B162/4 DMUs formed of 5 coaches. Mainly intended to operate long distance regional services on non-electrified routes, they will allow within one and a half year the withdrawal of our B123 DMUs by cascading existing B142 and B161 on medium and short distance services. The final B162 are expected to enter service by November 2021. 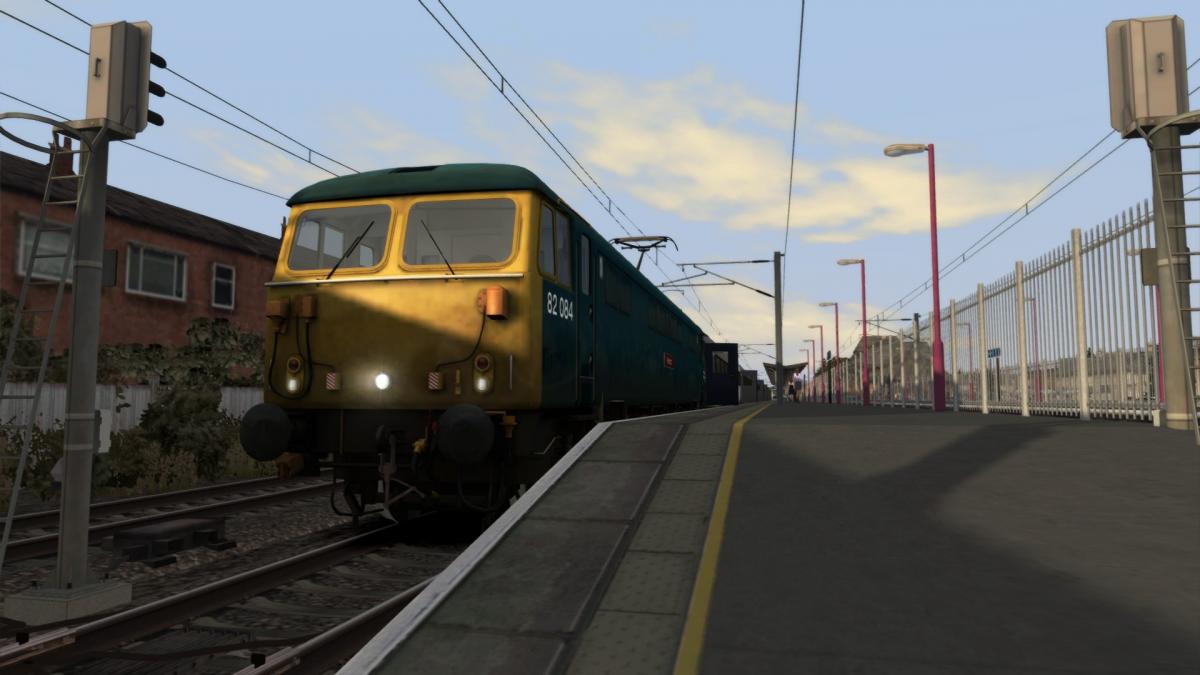 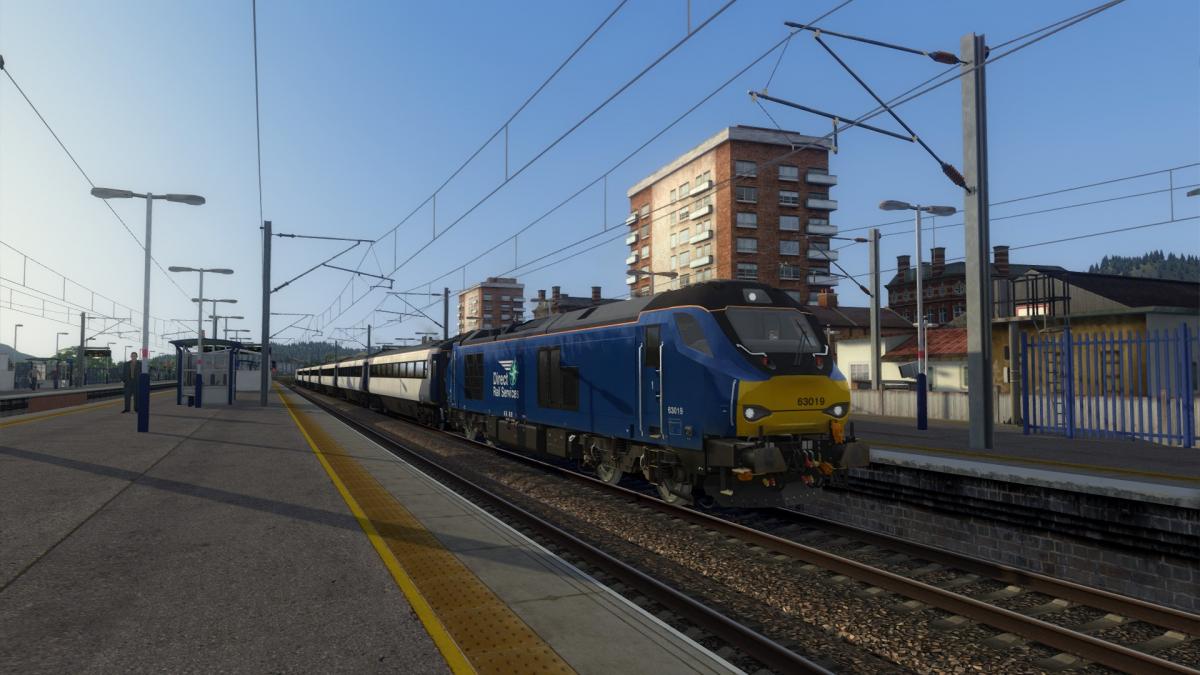