RKP Trains is two different things depending on what point of vue we have. Technically, it is both the state-owned train operating company of the Ruthenian Confederation and a proposed open-access operator in the UK under the brand name RKP West Britannia. But, obviously, these two different companies are fully fictional and operate thanks to TS2021 produced by Dovetail Games. Ruthenian Confederation is not a real country, and there is nothing such as "RKP West Britannia in the UK, but the aim of RKP Trains is to give railfans a deeply worked and hardly created support to maximise their experience as train drivers or creators with the simulator.

That's what RKP Trains is in reality : A non-profit organisation (NPO) whose aim is to create quality content for TS2021 for free as well as managing charity campaigns to fundraise for medical associations. RKP Trains as thereby three different main activities related to TS2021 :

- Building, maintening and operating RKP East-Sansek network (located in the fictional Ruthenian Confederation) ; that implies to make accurate and complete timetables, managing the rolling stock fleet, the stations, the signals, etc. to give users the feel of a complete and as realistic as possible rail networks and train operating company. But as a fictional world, it gives users the possibility to do whatever they want with this "free world", like a sandbox for railfans. Indeed, even if RKP Trains creates the history and the evolution of the network to make it live like a real one, players are totally free to do whatever they want with the network, like using different train types, changing timetables, changing scenery, etc. RKP Trains also gives a complete set of tools for content creators like detailled timetables, fleet tables, stations managing tables, signalling list etc.

- Building quality services for the UK network, based on real timetables and real operations. This is made by using almost all the potential of TS2021 to give users a total simulation experience and not a "game" experience. This has been made possible thanks to quality creators like Armstrong Powerhouse, Just Trains, Waggonz, Güterbahnhof and many other people, as well as, obviously, DTG. This part of RKP Trains has been put in the background during the last years in favour of RKP East-Sansek, but in fact, many services are already in the boxes and just need a few more testing and improvements before being able to be released. It is expected to strongly develop this part of the activity in the next times.

- The third activity is yet to begin operation. It will consist in managing a fictional open-acess TOC operating Intercity-like services from North-West England / Wales to Southwestern and Southcentral England / Wales, with direct connections from Liverpool, Holyhead, Bangor, Chester, Crewe and Shrewsbury to cities like Swansea, Westbury, Paignton and Penzance or Brighton and Portsmouth. This project is not a new idea, as RKP Trains was thinking about it for a few years already, but now with the beginning of the releases of the WCML Missing Link, it begins to be possible to fully operate theses services. The only missing part will be (from train to the Southwest) from Crewe to Shrewsbury but the line is already under construction from another developer. It will not only be a simple few more services added to the existing UK timetables, but rather a fully train operating company with its own rolling stock and liveries, as well as a large number of service patterns inserted into the already busy timetables of the UK. Once again, it will be fully fictional but we hope it will be a great experience for you, our "customers". RKP West Britannia will thereby soon have its own Facebook page for people wanting to focus on this activity rather than RKP East-Sansek or other UK's services. 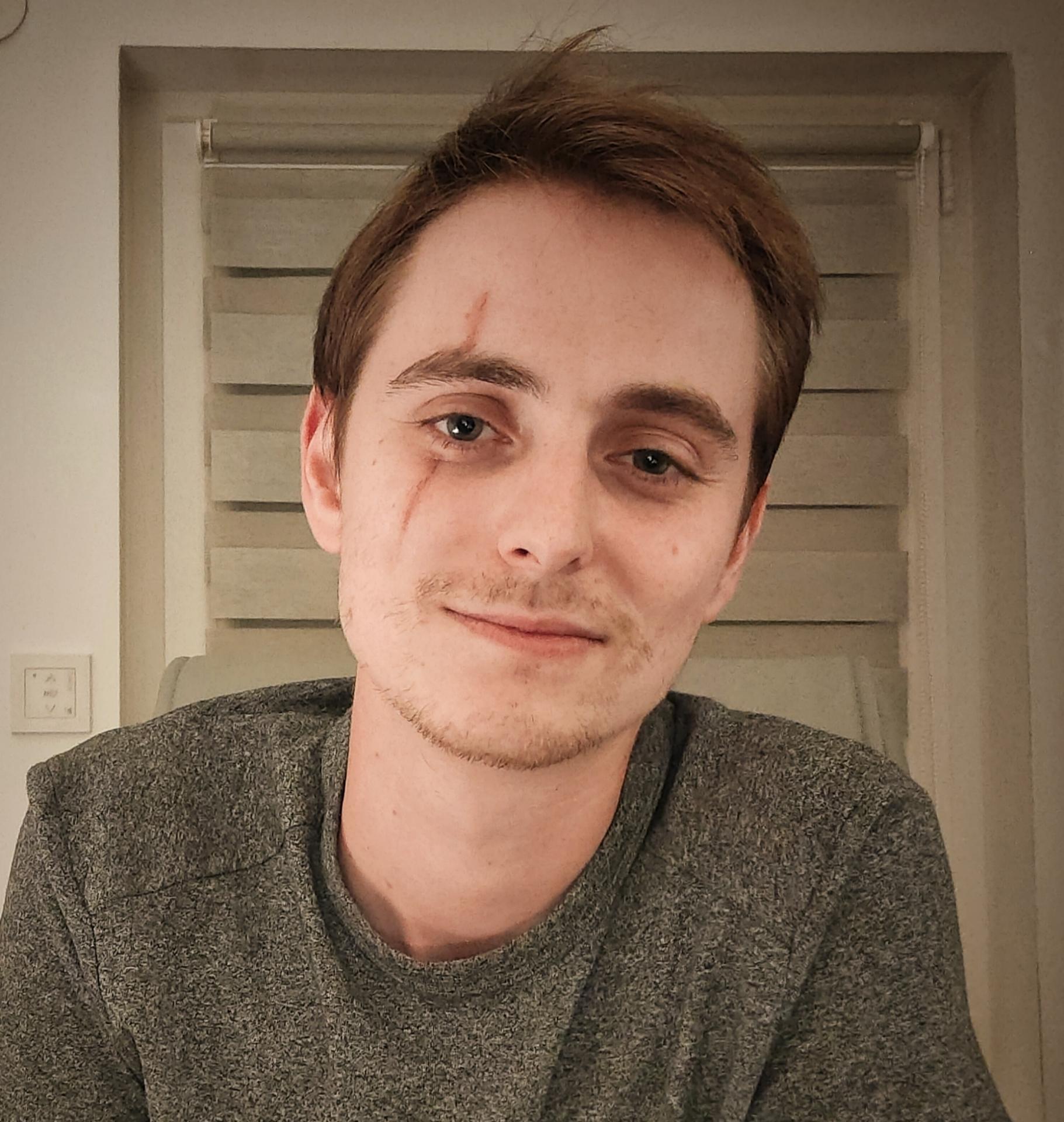 Who are the workers at RKP Trains ?

RKP Trains' CEO is Ludovic Aleil, also known Louis Nardavac on Railsim.fr. Ludovic Aleil began working with Train Simulator in May 2008, at the time it was still RailSimulator. He lives in Eastern France near the city of Strasbourg but has a really strong interest for UK's rail industry and works quite exclusively with UK and Ruthenian rail in TS2020. It is also the creator of the RKP East-Sansek network as well as the creator of most of RKP Trains' contents (but not all) ; it also created the Ruthenian Confederation and all its history, culture, languages. This allowed him to match his passion for trains and his passion for languages and cultures ; he has in fact a Master's Degree in Linguistics with three specialisations, in slavic languages, in latin translation and in clinical phonetics. He worked as a teacher in high-school and taught French literature, Latin and English. Nowadays, he works for a public transport company in Alsace. It is important to note that his mother passed away in January 2019, after taking her own life subsequent to a very severe nervous depression ; this what definitely decided him to use RKP East-Sansek v2.0 to make a charity campaign, and more precisely for Suicide Ecoute, a French organisation for suicide prevention (although this idea was already present before the passing of his mother). It his also expected that RKP East-Sansek V3.0 will be totally freeware, but V4.0 will once again be released on a donationware basis for six months, before being freeware too (like v2.0). The recipient of this campaign is yet to be decided.

But nowadays, RKP Trains has growing quite a lot and it would be difficult for him to manage everything by himself, not only because of the important amount of work, but also because of severe health problems. Because of that, five other people are permanent volunteers who work with him to help RKP Trains to grow and to be able to offer more and more content to TS2021. Some of them are more specialised in the Ruthenian railways (invented by Ludovic Aleil) while the others are specialised in British railways. A sixth person also very frequently works with RKP Trains but is not a permanent volunteers. Here they are :

And as a very important contributor :

There is also a lot of people that have helped RKP Trains through the years. Amongst our key workers, contributers, supporters and content creators, we would like to thank these people too : Adam Carter, Thierry Schmitt, Christophe (aka Zawal), Jean-Pierre M, Olivier Lyon, Rabby62, Alain and many other who are here since numerous years, as well as our faithful supporters on Facebook. We would like to thank our non-commercial partners and other content creators like Railsim.fr and Julien, its founder, RailworksCentral and its founder, Alan Thomson for letting us publish some crucial informations about RKP Trains on its Facebook Group, UKTS, ChrisTrains, PierreG ; Dovetail Games and Armstrong Powerhouse for their unswerving support each time we needed it, as well as First Great Western, Cross Country, Scotrail, Greater Anglia and LNER for their help each time we needed it too to have all necessary informations and to allow us to travel with them, sometimes into the front cab ! And last but not least, our commercial partners like Suicide Ecoute and its president Mme. Dupas as well as M. Baraille, Hello Asso for building with us a solution to collect donations for our charity campaign and our points of contact at OVH and E-Monsite for web hosting and domain name.

And for sure, a very big thank you to all our "customers" and users !

What is our history ?

Whilst the construction of RKP East-Sansek network began in 2009, RKP Trains was only found on Sunday 21 February 2016. Indeed, it is only in June 2015 that Ludovic Aleil joined Railsim.fr community as Louis Nardavac and began publishing his own scenarios under this name. Therefore, the name and logo of RKP Trains appeared officially and publicly for the first time on February 21st 2016 and the RKP East-Sansek was then being transferred from RailSimulator to TS2016, which implies a major overhaul and enhancement of the network to meet the then quality standards. The first public version of the network was released the Friday 7 July 2017  (V1.2 as the V1.0 was never publicly released) and consisted of the East-West Axis from Floeta CS to Stelbrak CS and the LGV from Tarna to Stelbrak 2V plus a number of small links and small branches like Floeta Port, for a total of approximately 220 km of lines. This version was the only version released on Railsim.fr, as the website was created only two months later in September 2017. After that, RKP Trains began creating scenarios, with the main release being the East Coast Scenario Mega Pack - Volume 2 (Volume 1 was released as Louis Nardavac), consisting of 29 scenarios for the whole ECML. At the time, scenarios was released on Railsim.fr as the RKP Trains website was aimed to be there to give informations for RKP East-Sansek (timetables, maps, fleet tables, news...) and nothing related to UK.

RKP East-Sansek V2.0 was only published 2 years after the V1.2 version, on March 29th 2019. It was published as a donationware, meaning that people had to make a donation via Hello Asso or Paypal for Suicide Ecoute to obtain the network. There was no exact price but a minimum of 10 € was necessary to obtain the network (5 € during the pre-order period). The charity campaign lasted 6 months (until October 30th 2019) and after that the network was released for free. The V2.0 added 209 new kilometers of line, with the main feature being the north-south axis from Tarna (Toletha in fact) to Xeristoh, about 180 km south of Tarna.

To celebrate the end of the charity campaign, V2.1 was released on October 31st 2019, a small update adding 27 kilometers from Xeristoh to Gyecsenah but featuring the rail system change between historical Maponia and Prinkereks, with a switch of voltage as well as signalling system. It also featured Hokenah Marshalling Yard, a huge marshalling yard of more than 75 km of tracks.

After that, the last main release until nowadays was the GWR HST Farewell Pack to celebrate the end of GWML services operated by HST from London. It included 6 differente services on 9 scenarios between London and Paignton, Swansea and Penzance. It was released on December 12th 2019.

And for the future ?

There is two different main projects for RKP Trains in the future (aside standard service creation for the UK). The next project expected to be completed would normally be the RKP East-Sansek V3.0. This version is due to be released for free on Spring 2021 and will include three different extensions : Palonecs to Kaczajkewathea on the south (60 km), Luzhanska-Lezhiszjo to Salvjati via Noweszencse on the north (60 km) and Tarna Sahn-Veronika to Noweszencse via Sahn-Roch (55 km). This will add a total of 175 km of lines to the existent network, as well as important timetable and organisation changes on the network with the withdrawal of RKP Androka and the creation of a consequent number of new services from RKP East-Sansek. After that, the next release will be RKP East-Sansek V4.0 which is due for 2021 and will include the lines to Sarvatkann-Zaboh on the South, Prenja on the Northwest and Uelfi on the North.

During this time, we will also work on the RKP West Britannia project, with the aim eventually to recreate every service of this fictional company on the UK network.

You can contact us by sending an email at : contact@rkptrains.com